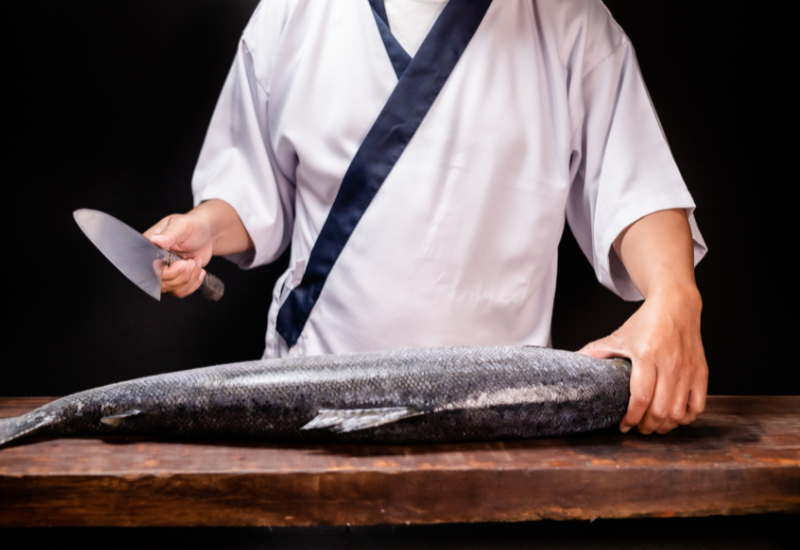 Many are accustomed to the idea of purely enjoying the food placed right in front of a stomach-growling hunger, overlooking all the aesthetics intended to be visually devoured. However, as many would have agreed to the latter, there are countless numbers of individuals who’d strongly disagree after being introduced to unique, traditional dishes that require the crafting of delicacy. Among those, Japanese food tops the list for its intricate processes, fine selection of ingredients, and the meticulous do’s and don’ts, marking its originality and authenticity true to its roots.

One of the most crucial, most essential skills a chef needs is the mastery of the blade. Like that of a Samurai’s sword, a Japanese professional chef requires an efficient knife, a pair of blades to perform just the right techniques. Japanese knives are also referred to as ‘Wa-bochos’ and are originally made in certain cities within Japan, mostly Kappabachi, Sakai, or Seki. There are a plenty of Japanese knife types – all with different uses and are made up of different materials to support varying techniques. Japanese chefs and culinary professionals are responsible to know which knife is suitable for certain skills: those requiring swift, fast-paced motions and slower, longer slices. As the Wa-bochos are considered specialty knives for the crafting of delicate dishes like Sashimi, it is essential to know what types of Japanese knives are there in order to appropriately utilize them and get the most out of their capabilities.
Types of Japanese Knives

Gyuto knife is among the most commonly-used knife, also known as the chef’s knife. It is a Japanese version of the Western-style chef knife, which is a multi-purpose knife. However, the Japanese Gyuto knife adopts a lighter, thinner blade, which allows users to easily grip onto it for various slicing and chopping techniques. Sakai Takayuki and Yu Kurosaki Gyuto knives are among the best brands accepted and fully trusted worldwide for quality materials and the ability to perform varying skills. A Gyuto knife is often used to chop vegetables, slice various meats and fish, and cut fruits.

The Santoku knife, also called the ‘Knife of Three Virtues’ is often used for the cutting of general ingredients like veggies, fruits, meats, and fish. Santoku-bochos are usually double-edged and double-beveled – with handles often crafted with quality materials. One of the great Santoku knife models include the ‘Sakai Takayuki 45-Layer Damascus Mirrored Knife’, praised for its efficiency and extreme sharpness that enables numerous kinds of techniques to be performed.

Usuba knife is a rectangular-shaped, thin Japanese blade used for cutting vegetables. Also a chisel ground knife with Japanese-styled handle, the Usaba knife is widely-used among both novices and professionals.

Another type of vegetable knife most Japanese chefs use is the Nakiri knife – similar to that of the Usaba knife. However, the Nakiri knife is often regarded as a home-use knife and not a professional knife used in most restaurants or high-end dining places. The Nakiri knife often ranges from around 165 mm to 180 mm in length.

The Yanagiba knife is crafted to slice raw fish and other raw ingredients. It is a narrow, long blade with a thin body, making it one of the best knives to make thin slices. Various sushi-making techniques are done with the Yanagiba knife to ensure there will be no wriggly lines and crooked textured meat linings. For perfect, slim, and clear-cut slices of raw fish, the Yanagiba knife is indeed an extremely capable knife with high durability and strength to craft delicate pieces of culinary art.