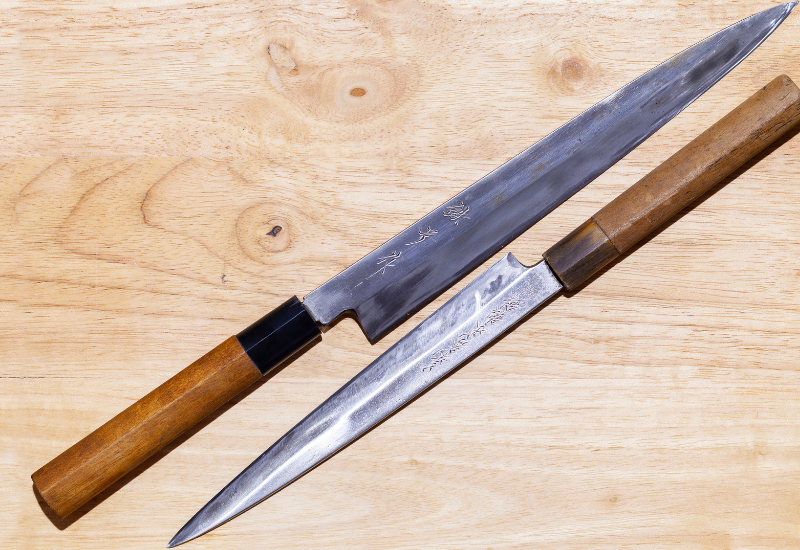 In the culinary world, specifically when it comes to Japanese cuisine, tools and equipment are not secondary to the recipes or the skills required to craft delicacies. Although other kinds of dishes and menus may not require that much help from culinary equipment as much as Japanese cuisine does, for Japanese food chefs and professionals, the mastery of the blades (Japanese knives) is what they are proud of presenting to the world.

With intricacy and delicacy being the two most common terms to best describe Japanese food and its uniqueness, Japanese food lovers are always excited to taste the original blends of flavors and scents varying raw fish types and ingredients provide. With this being the main priorities in Japanese cuisine, culinary experts and professionals are dedicated and passionate to come up with numerous creations and idealistic approaches to craft magical delicacies and carry on the traditional techniques of sushi and sashimi-making.

In the kitchen, Japanese chefs and professionals are very strict when it comes to handling equipment

Which includes caring for them dearly and ensuring that all tools are kept and cleansed well. To make sure that each blade is sharpened and cleaned thoroughly at all times after use, chefs and cooks are always attentive to little details. As there are a wide variety of knife types essential to make colorful, subtle Japanese dishes worth exploring, a kitchen may consist of a great collection of Japanese knives.

In Western cuisine, only a few knives and tools may be needed to cook a great deal of signature dishes and menus. However, Japanese food, specifically sashimi and sushi menus, often require the mastery of the blades – and by blades, not only one kind would be enough to pull off all the traditional techniques without the help of others.

Among the widely-used Japanese knives, a Yanagiba knife is mostly used among chefs and experts who craft Japanese delicacies like sashimi and sushi. Although a Yanagiba knife is often called the ‘Sashimi knife’ which serves its purpose of slicing and cutting through raw fish to make thin, perfect sashimi slices, a Yanagiba can also be used with other kinds of ingredients when you want to make paper-thin, accurate and perfect slices. Initially, its sole purpose is to cut raw fish when it was first introduced and used in Osaka, Japan.

However, when sashimi was introduced in between the 16th to the 18th century, the Yanagiba knife was then introduced as being suitable and a perfect fit to make precise cuts and perfect sashimi slices.

As a narrow, thin, and a single-beveled blade, the Yanagiba is widely used for many techniques, even in the Western world. A Yanagiba knife is basically a knife that delivers smooth, precise cuts which are useful when it comes to the crafting of sashimi and sushi pieces. As it is earlier mentioned that a Yanagiba knife is a single-bevel knife, this means that it is only sharp at one side. Extremely thin and sharpened to become supremely sharp at all times, the sharpy edge can slice through flesh simply without having to exert much force into the gesture.

Meanwhile, the other side of the Yanagiba knife equips a slightly concave shape which literally means that the ground side will touch the flesh. Also providing users the non-stick feature, the flesh or raw ingredient will be well preserved – the texture and freshness will still remain great. Therefore, the Yanagiba is widely-used among Japanese food chefs and professionals to make delicious, professional sashimi and sushi dishes. Even in Omakase restaurants, among the essentials, a Yanagiba knife is indeed topping the list with its high significance in food preparation. 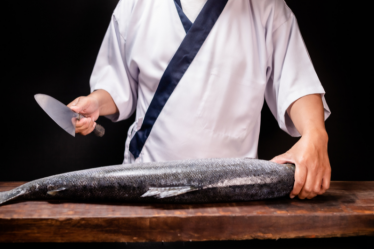 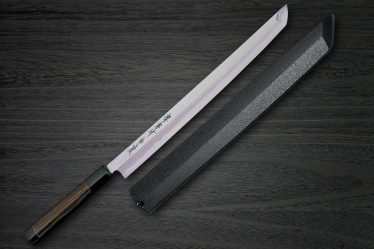